Reduction of carbon emissions is a key requirement in the fight against global warming. It needs to be an urgent priority, but Australia is doing next to nothing.

The fire season of  2019 / 2020 was the worst we have seen. Ancient wetland forests have been burned for the first time due to severe droughts. Three billion native animals died in these blazes and scores of Australians lost their homes. Sadly, some also lost their lives.

Temperatures are rising and the seasons are changing.  It is getting hotter sooner and for longer.

Much of Australia has been drought stricken for years. Prolonged  fire seasons, increasing temperatures,  and uncertain weather systems are  the new normal.   Does it really have to be this way?

Burning coal, oil and natural gas are the main cause of climate change. Intensive agriculture with massive areas of land clearing is also a major factor.

The amount of carbon dioxide in the atmosphere globally has increased by one third since the industrial revolution ended in the early 1900’s.   Changes now occurring over a period of  decades used to take thousands of years. The majority of the damage causing climate change  happened in only  the last 50 years.  To take another 20 – 30 years to end emissions is just madness.

Can we solve climate change?

World leaders are working together under the Paris Agreement  to address the growing threat of climate change. (see articles for more information)

Although Australia is a signatory to the agreement,   we are not meeting our emissions targets. The government  is more focused on improving the economy following the pandemic. This is important of course, but prolonging the era of  fossil fuels to provide jobs and maintain the economy is short sighted and detrimental.

All countries must commit to transitioning away from  fossil fuels in favour of  renewable energy sources.  Lowering their carbon emissions is a matter of urgency.

Unless we take real action now,  the increasing effects of climate change will be irreversible.

In 2016, the Climate Change Authority, (an independent body on Climate Change in Australia) advised  emission reductions would need to be between 40% -60%. This would help to achieve a maximum global temperature of 2 degrees centigrade above pre-industrial levels by 2100. Anything above this would be catastrophic.

The Australian government has only  committed to achieving 26%-28% below 2005 levels by 2030. They have not disclosed what their commitment will be beyond this.

Many other countries are ramping up their commitments and are already working towards net zero emissions by 2050.   Australia’s commitment remains woefully inadequate.

The time to act is now

In 2020, the temperature is at  1.1 degree above pre-industrial levels. Current measures and emissions already in the atmosphere put the temperature closer to 3 or 4 degrees by 2100.   If countries such as Australia don’t meet their emissions targets, we may well be on track for a very bleak future.  There would be no way to reverse this.

Time to get on the right track is running out.

The level of emission reductions for each country under the Paris Agreement is a starting point only. The commitment needs to be increased and emissions cut more drastically every 5 years.

If Australia is failing at the first hurdle, what hope do we have to reach net zero emissions by 2050?

Despite Scott Morrison claiming the government is taking “sensible, responsible action” on climate change, our carbon emissions continue to rise.

Australia is the 3rd highest emitter of carbon per capita  in the world.  A large percentage is due to  our reliance on fossil fuels and the liquefied natural gas export industry which is worth just under $50 billion annually.

The scrapping of Australia’s carbon tax  has also impacted negatively.  By September 2018 our emissions were 5% above the lowest point achieved during the carbon price period and were the highest they had even been.

Since the Paris Agreement commenced in 2016, Australia’s emissions have risen by about 6%.

Carbon dioxide emissions from electricity generation continue to decrease, reflecting the falling cost of solar and wind energy.  Sadly,  this is being more than cancelled out by the growth in emissions from the liquefied natural gas (LNG) export industry.

Our exported emissions (in the form of coal and gas) are about 2.5 times higher than our domestic emissions. These  are not counted towards Australia’s emissions but they still contribute to climate change. Similarly,  the massive amount of carbon released during our fire seasons is  not counted towards our emissions targets. In reality given these two issues, our contribution to causing  emissions are way above what is reported.

There is a finite limit to how much carbon the atmosphere can contain and we are approaching a tipping point. Carbon emissions whether large or small matter. Reduction of all emissions is essential.

Scott Morrison states he “doesn’t want to be reckless”

Defending the approval of   a new coal mine in Queensland last year, Scott Morrison was quoted as saying: “What we won’t do is engage in reckless  job-destroying and economy-crunching targets which are being sought” .

The mining industry provides thousands of jobs but continuing to support fossil fuels is short sighted and ultimately horrendously reckless given the speed of climate change.

Scott Morrison tries to support his position on coal by stating that Australia only emits about 1.3% of the worlds carbon. However, Australia ranks 14th in the world out of 208 countries for its emissions. If all the countries under 2% emissions were lumped together, we would be responsible for almost as much annual emissions as China and India put together.

“The decline in economic activity in Australia due to the COVID-19 pandemic results in lower greenhouse gas (GHG) emissions projections for 2030, although Australia has not implemented an effective climate policy.

The Australian government has initiated a gas-led recovery rather than a green recovery, and has continued to signal its support for the coal industry. The government has shown no intention of updating its Paris Agreement target nor adopting a net-zero emissions target, with the Prime Minister specifically ruling this out. The Government is focusing on what it calls a “technology neutral” approach, which is contradicted by its focus on gas.

Renewable energy investments have dropped to 2017 levels due to the uncertainty in government policy direction. There is a lack of climate action, despite rising climate impacts such as the catastrophic bush fires that enveloped several states in late 2019 and early 2020. The CAT rates Australia’s Paris Agreement target as “Insufficient” – more here: Climate Action tracker

Australia lacks a cohesive plan to deal with climate change

When Scott Morrison stated he was not expecting an invite to speak at the Climate Ambition Summit this month (a virtual summit where world leaders were presenting their new commitments to combat global warming), he was very dismissive and flippant. He stated that Australia would determine its level of commitment on climate action because “the only people I answer to in this place is the Australian people, and our government stands to serve the Australian people”.

A growing number of citizens  are  frustrated and worried by the lack of appropriate and consistent action.  We are being let down by a leadership who value economic growth and development of industry above the urgent need to act in what is quickly becoming a climate emergency.

If Scott Morrison truly answers to the Australian people, we need to start asking more questions.

Australia has no cohesive climate action plan and much of what the government does is reactive. Their approach is piecemeal and ineffective.  Continuing on this path has immense costs as we try to live in an increasingly hostile environment.

The UN found that: “ there has been no improvement in Australia’s climate policy since 2017.  Emission levels for 2030 are projected to be well above the target”.

According to projections published last year, Australia’s emissions will only be 16% lower than 2005 levels in 2030.  Certainly nowhere near the 26-28% the government  assures us they will easily reach.

Scott Morrison’s assertions that Australia is on track is not an accurate representation of reality.

We should be ramping up investment in renewable energy.  This  would provide secure long term employment without wrecking the environment. The  government clearly lacks the vision and leadership needed to move forward with this.

There is still time to tackle climate change

Its time for the  government  to take notice of all the evidence and advice from environmental scientists in regard to climate change. They need to take more urgent and responsible action than is currently the case. Pressure from other countries, unimpressed by  Australia’s “lack of ambition” is increasing.

As citizens, we can influence  policies  by voting for a change of leadership. We could and should be constantly agitating for real action, not just empty rhetoric.  Leaders have to be held accountable to ensure a decent future for ourselves and the generations to come.

What can you do?

Many people find the scale of the problem overwhelming.  It is easier  not to think about it and just carry on with our lives.

There is still hope if we act now.  You can influence government decisions by letting  them know loudly and clearly what is expected of them. If more people do this, internal pressure added to  international criticism  will eventually lead to an improvement in  policies and climate change action in this country.

How you can help:

How big is your personal carbon footprint?

Calculate your own emissions and work towards a reduction. Make more Eco friendly and climate conscious decisions. 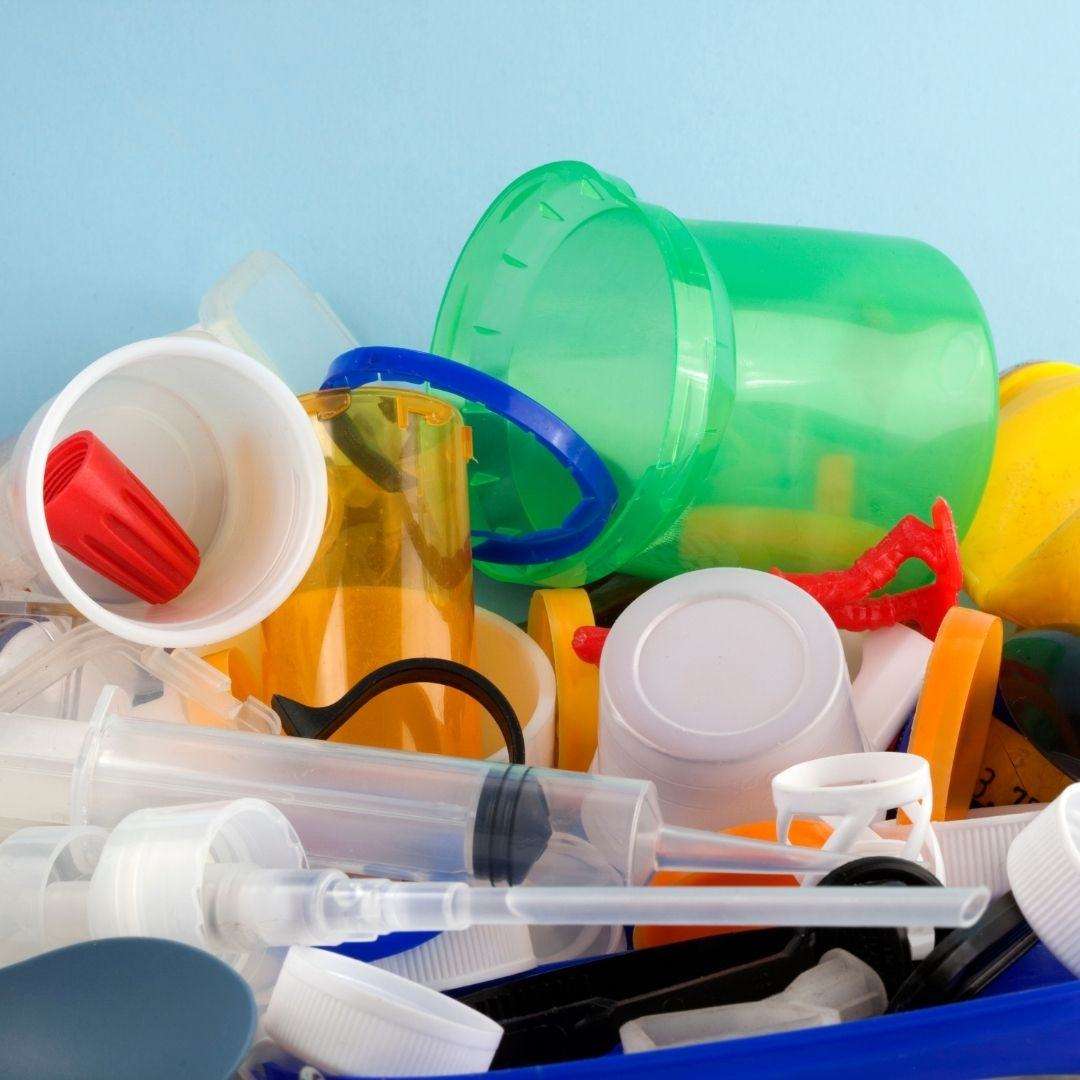 The Plastic Waste Crisis – How did we get here?

Single-use plastics account for 40 percent of the plastic produced every year. Many of these products, such as plastic bags and food wrappers, have a lifespan of mere minutes to hours, yet they may persist in the environment for hundreds of years. 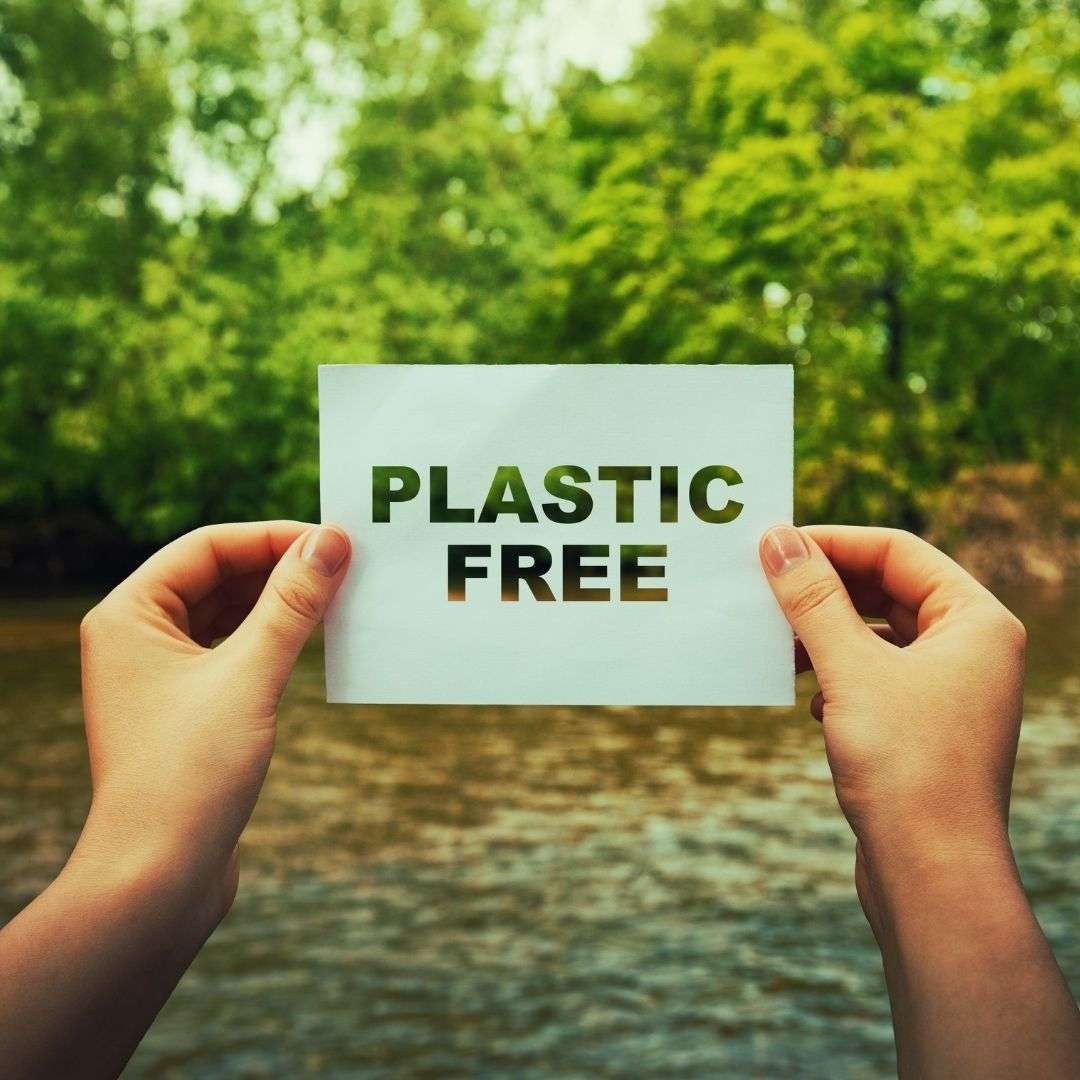 The Art of Plastic Free Living

Plastic free living is definitely an art and takes time and perseverance to achieve. When you decide to eliminate plastic in your life, at first glance, it seems a simple thing to do. What you will find though is that 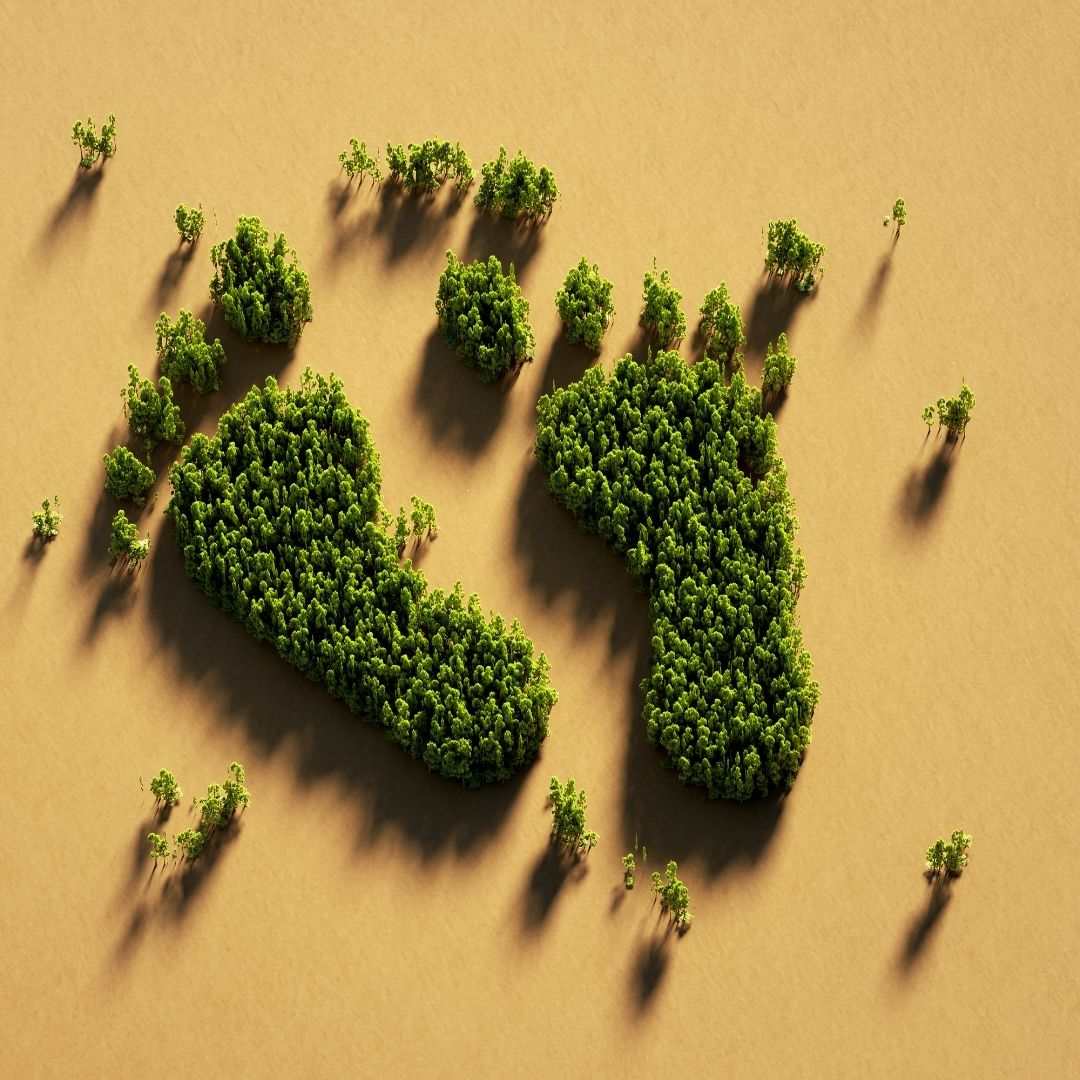 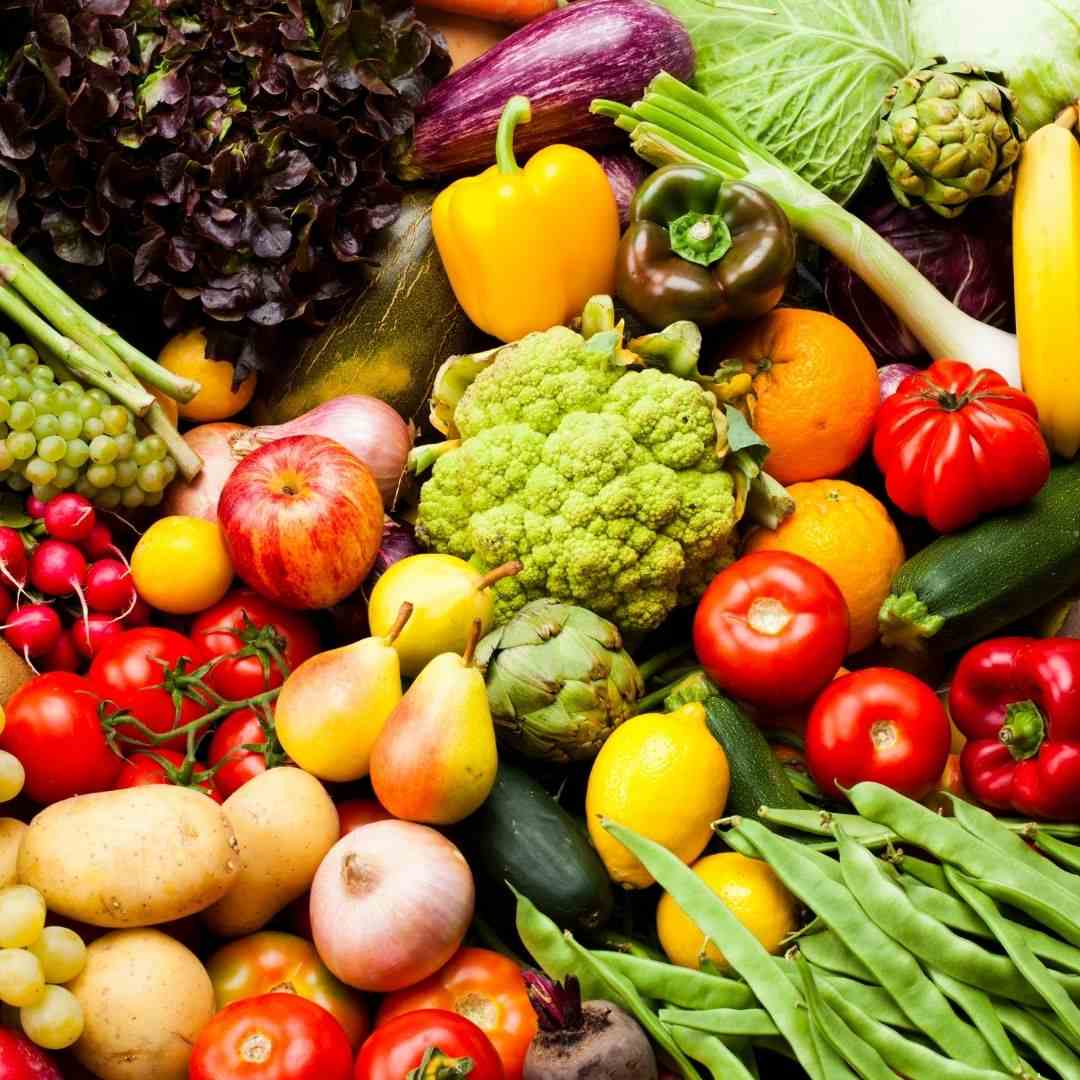 Fruit and veg can be expensive and often you don’t get to use them before they become limp, soft or frankly smelly! Learn how to store them to extend their shelf life and save money.